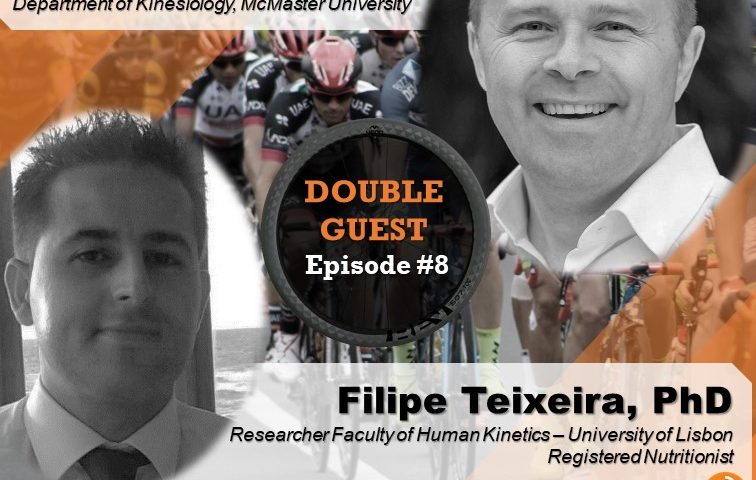 Exercise, no matter how structured, will require a period of rest to permit the body to be restored to a state where it can exercise once more. Tired athletes cannot train or compete at their highest possible level if they have not permitted themselves to properly recover their muscles.

When we talk about the term “recovery”, different ideas may arise depending to whom you’re talking to. To a researcher or a Sports Nutritionist/Dietitian, recovery means replenishing of muscle and liver glycogen as soon as possible, rehydrating with at least the amount of fluid you’ve lost during exercise, as well as providing some protein to stimulate muscle protein synthesis which will vary according to the type of athlete of nature of the exercise.

To an athlete, independently if he’s a cyclist or a bodybuilder, recovery appears to be very associated to providing protein as fast as possible with an evident concern of muscle protein breakdown (particularly in cyclist) which has led them to engage in supplementing with some isolated amino acids such as glutamine or BCAAs, leucine metabolites such as HMB and in some cases with collagen peptides.

Even though the recovery process is unquestionably necessary for the majority of sports disciplines not only during competition periods but also during hard training periods as well, the evidence for the aforementioned supplements still remains somewhat questionable. Nevertheless, athletes, particularly cyclists, still consume them with the strong belief that will them recover better. But the perception of recovery in any athlete can be very subjective, which may lead to chronic consumption of said supplement even if it’s not having any benefit.

While for some listeners these may sound like popular supplements marketed for the fitness industry only, these trends appear to have invaded the endurance world as well, to the point that we often see energy drinks, bars and gels with added BCAAs and glutamine. Additionally, other supplements like collagen peptides and some leucine metabolites such as β-hydroxy-β-methylbutyrate (HMB) appear to have joined the party in the last years.

Still, given the gruelling nature of cycling, it’s only natural that riders and coaches to seek any possible “marginal gains” that may aid in the recovery processes which in theory may make the difference in the next day…

1. What has changed in the past decade on muscle protein metabolism research for athletes?

2. Where do we stand on BCAAs research and its posible use on athletes, particularly endurance athletes?

3. Is there really a need to add BCAAs to sports foods?

4. What are the mechanisms of action of glutamine in the human body and its posible application for athletes. Any role on recovery?

5. Collagen and a possible hype behind it…

6. Did we hit the nail in the coffin on HMB supplementation?

7. May older (master) cycling athletes benefit from supplementing with any of the above mentioned supplements?